I have been searching for a  light weight but portable tethered set up for shooting schedules were a lot of ground needs to be covered. I have a laptop which I can tether and now with the new breed of light weight laptops from Apple this is becoming easier. However as a recent ipad owner I wondered if shooting connected to the ipad would a good solution. Using an ipad3, the apple dock camera connector and USB cable connected to a D3s and shooting Raw Nefs. I have found the system to be adequate but not as streamlined as shooting to a laptop. I don’t know about other manufactures tablet devices and how these differ when it comes to connecting a camera but this is my findings with the ipad3.

If you do not own an ipad or have not yet used the dock camera connector or Camera Connection Kit, I should explain how these work together and you will get an understanding of why this is not quite as good as shooting tethered to a laptop. First of all when you connect a camera the ipad will automatically open up the import dialog. As you shoot, images will appear in the import folder. You then have to select the images you wish to import. I believe you can select all as well as individually. Once files are imported you can view the in the normal way using the ipad photos app.

The disappointment with this  workflow is as follows.

– Having to import image files manually rather than have them auto import is inconveiniant and adds more time to reviewing images. I would hope that in the future images will be auto imported or saved in the same way that happens when shooting tethered to a computer or laptop. Images appear on screen and are saved to memory immediately without any input from the user.

– After images are imported they are stored in 2 folders. The recent import folder and the Photos folder. It would make more sense to select the folder to which files are imported especially as its not possible to quickly batch select images to place in a new folder. This opens another downside to using the ipad as its not possible to flag or organise images into folders especially when viewing the larger single image view. It is possible to select images from the thumbnail view but this screen is not practical for assessing image quality etc.

– After each import from the camera the ipad asks if you want to delete or keep the images on the camera. I would prefer if this could be a choice set in preference rather than after each import as it is time consuming and more importantly could result unnecessary deletion of image files.

– One last point is the choice of file format to import. Shuttersnitch the app which provides wireless import of images to the ipad has the option to import jpg only rather than raw or tiff. This makes a lot of sense as it would speed up transfer time and image review etc.

On the plus side its very easy to mount an ipad to a tripod using a superclamp and compatible tablet holder. This makes the system very portable and quick to set up. I tend to use the system in the same way that polaroids are used for assessing composition/ lighting ect with medium and large format film cameras. This is a huge benefit over the small screen screen when shooting subjects which require accurate composition and positioning of props.

I had hoped that a third party developer may have come up with an app which addresses the above. Unfortunately Apple has not made public the API’s for the Camera Connection Kit. So it looks like that won’t happen until the API is made public or Apple provides an update to streamline image import from the Camera Connection Kit. I’d be grateful if anyone reading this knows of any new developments or apps which could facilitate this. 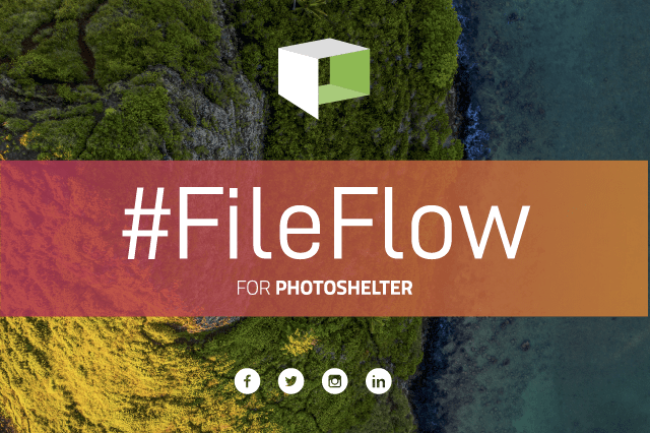 Searching for multiple filenames in Lightroom.

Which RAID level should I use for image editing? Going to invest in a Promise Pegasus 4 disk RAID array for the purpose of keeping… Read More »RAID 0, 1, 5, 6 or 10 – Image Editing – Part 1of2