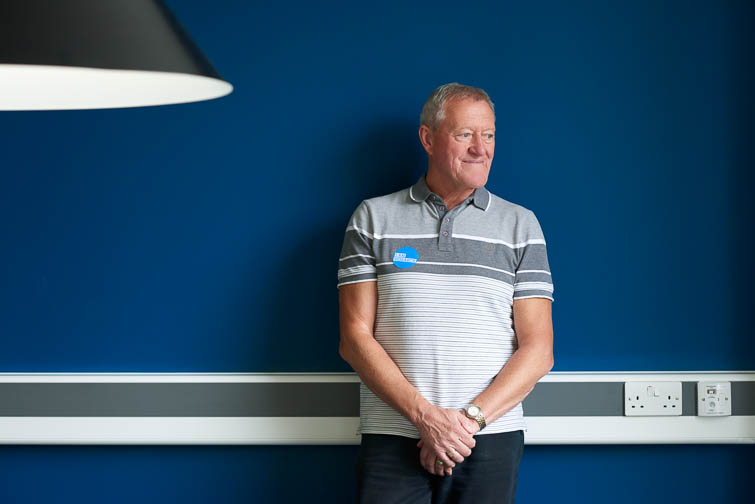 Last year I was commissioned to take a series of patient ambassador portraits for the National Institute of Health Research’s new campaign ‘I Am Research’. The brief asked for the patient ambassadors to be shot within an environmental background that should different between each ambassador. I was to attend a meeting in London that the ambassadors had traveled to attend from around the UK. Upon my arrival I was asked to photograph about 9 subjects during a 20 min break. This initially caused some concern as we did not have any time to move the subjects very far from the meeting room which was inside the University of Liverpool. The environment was typically like most offices with white walls and full height windows. However there was a breakout area next to the meeting room which had some unique design elements and colours which did allow my utilise a different background between subjects. There was no time for setting and placing lighting equipment and so as there was an abundance of natural light from the windows. I opted to use this as my main source of light and fill with a  small on camera flash and reflector.